Click here to edit the Social Media Links settings. This text will not be visible on the front end.

Fall & Spring Market? Is there only one market now? 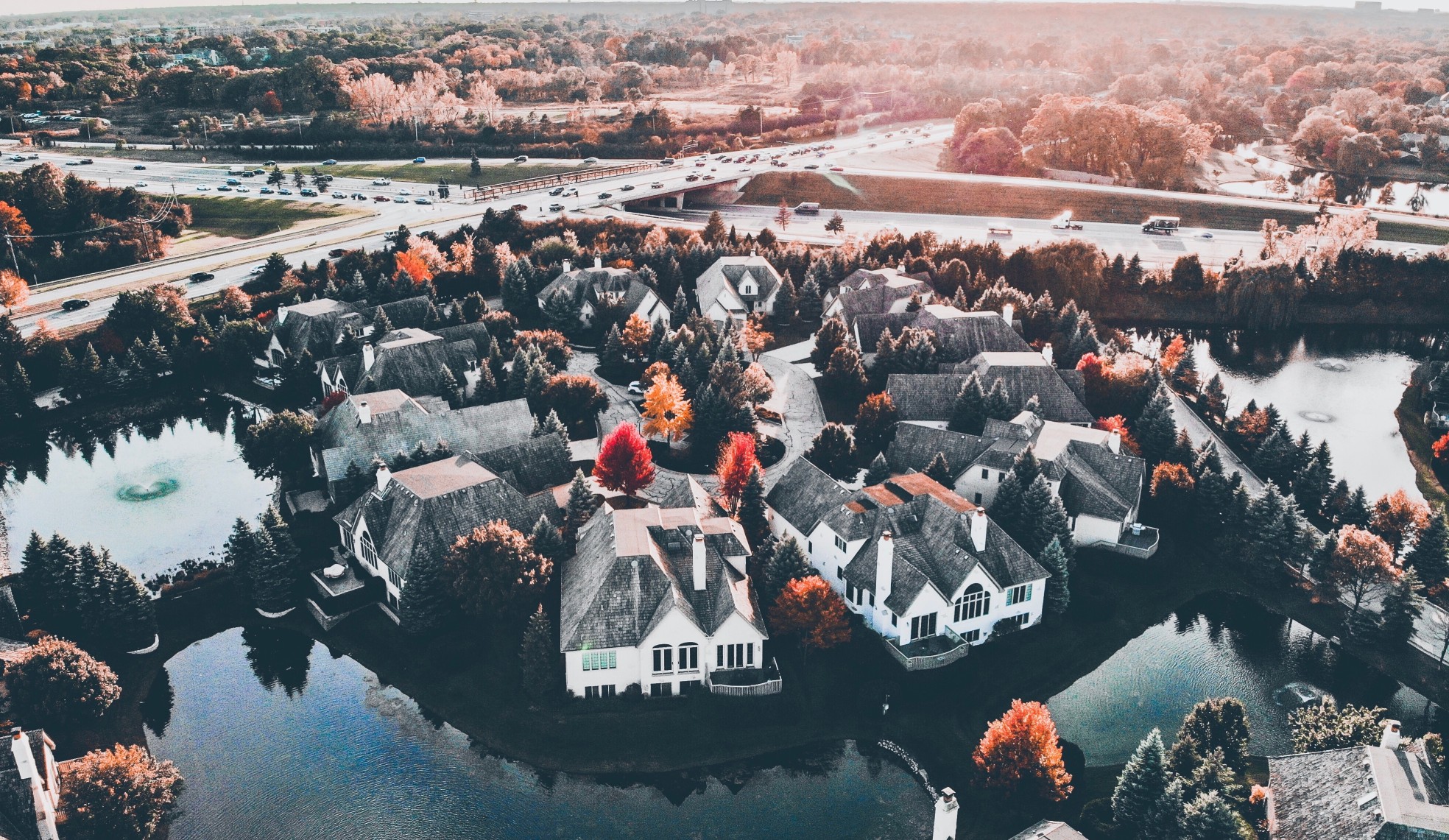 Normally, Canada’s real estate market revolves around annual periods of high and low activity, from the lively spring and fall seasons to the quieter winter and summer months. Like so many things, the COVID-19 pandemic has caused the housing market to veer away from its seasonal patterns, with record-breaking sales volume recorded during the winter and summer months.

Since the first lockdowns lifted in the early summer of 2020, home sales have stayed consistently active and broken many national market records, even in months that have traditionally seen fewer transactions. For instance, in December 2020, the Canadian Real Estate Association (CREA) reported a 47.2% year-over-year gain in sales that month, an increase that hadn’t been seen in 11 years.

The change in seasonal patterns and the ongoing boom in home buying call into question whether these formerly very consistent sales patterns will become a thing of the past permanently. If so, what will end up taking its place?

What does a normal year in real estate look like?

Prior to the pandemic, real estate sales cycles were heavily affected by Canada’s weather and school year, leading to a busy spring season typically followed by a slightly quieter market in the summer.

Kori Marin, broker and managing partner at Sage – Fox Marin Associates LTD in Toronto, explained cottage season, annual vacations, and climate have a tendency to influence buyer and seller behavior—in the hot and humid summers, people don’t have the same energy to go out and look at properties as they would in the spring.

“I think in Canada, it has a lot to do with seasonality and climate,” said Marin. “Obviously properties don’t show as well in the winter, particularly homes that would like to showcase their pools or beautiful landscaping and yards. I think seasonality addresses the school year as well.”

Corinne Lyall, the broker of record and owner of Royal LePage Benchmark in Calgary, said buyers and sellers in her city tend to make their real estate decisions early in the year, with most home purchasers starting to come out of the woodwork in mid-January and sellers beginning to list in March. Usually, the market would remain active until early July, when the Calgary Stampede would kick off and people would go on vacation or take time off into August. Once mid-September rolls around, the market would pick back up again for the fall market as the new school year restarts before winding down for the holiday season starting in late November, Lyall said.

Although the last two months of the year are considered to be off-season, Marin explained December can be one of the busiest times for her team. People who want to take advantage of a mortgage pre-approval or have a goal to move may choose to do so in the final months of the year.

“We do tell people in the months leading up to Christmas for example, late November [to] early December, if you’ve got buyers out shopping, they’re usually serious,” said Debra Wright, President of the Ottawa Real Estate Board. “They’re not ‘looky-loos.’ They’re people who need to move.”

Why are these seasonal patterns changing now?

After the first round of pandemic lockdowns in spring 2020, home sales posted a record decline across the country. In April 2020, CREA reported a 56.8% month-to-month decrease in sales and a 57.6% annual drop.

Since the first 2020 lockdowns were rolled back, Canadian housing markets have been red-hot thanks to pent-up buyer demand, fueled by a lack of inventory, low interest rates, and changing buyer preferences. For six consecutive months in 2020, sales activity was up in almost all Canadian markets compared to the same month in 2019, CREA reported in December. For Lyall, market activity in Calgary began to take off at the end of June last year.

“All of a sudden, people started making buying and selling decisions,” she said. “There have been some ebbs and flows, but this past December was the busiest December we’ve seen since the early 2000s, almost 20 years ago.”

However, Wright explained market seasonality in Ottawa hasn’t changed despite the annual increase in sales volume. For instance, when analyzing the number of sold properties by week in the Ottawa region, Wright found similar dips and peaks in 2020 numbers compared to those recorded in 2019.

“[In] 2020, there was a period of course where the spring market really did depress. There’s no getting away from that,” said Wright. “But as we recovered in the mid-summer to late-summer and fall, we had more activity, but the dips in activity were on exactly the same weeks as they were in 2019.”

Instead of responding to seasonal patterns like the weather, Marin said people are reacting to short-term market trends such as weekly inventories, sales strategies, or listing and buying patterns. The news and lockdown policies are also prompting a response in the market more than seasonality these days.

“I think people are responding more to what’s happening in the news with vaccines, with policy, with lockdowns,” said Marin. “That is the response mechanism versus, ‘My yard would look really nice with the cherry blossoms bloomed out front,’ which would be something people thought of a year or two ago.”

When will the market go back to normal?

During the first quarter of 2021, exceptionally high sales levels continued through January, February, and March according to CREA data. However, it’s possible this unusual, pandemic-driven sales cycle will revert back to a more typical pattern over time.

By 2022, CREA forecasts annual home sales will gradually fall to more historical levels, dropping 12.6% nationally to approximately 614,000 transactions next year. CREA anticipates buyer demand will eventually cool as higher home prices and less urgency to move will cause market momentum to fade from highs seen in 2020 and early 2021. Lyall doesn’t expect the market to continue performing the way it has been—the return of workers to offices and a more regular school year will help to restore normality.

“When we’re post-COVID to some degree, I think we will go back to more seasonal markets,” said Lyall.

For some REALTORS®, there’s always been an incentive to operate outside of seasonal norms. Marin said she and her fellow managing partner, Ralph Fox, have never adhered to seasonal buying and selling patterns—lower levels of demand in the off-seasons can give buyers an edge when there are fewer fellow buyers out there competing for available listings.

“There are advantages of a full-calendar year marketplace in Toronto, and I think buyers and sellers are doing a disservice to themselves pre- or post-pandemic to consider only operating in those two markets, the fall and the spring,” explained Marin. “Sometimes it’s really amazing to be the only two [listings] out there in December, versus competing against five other amazing properties in May.”

If you want to understand more about the real estate market’s seasonal patterns in your community, consult a local REALTOR® to find out more about trends in your area.

Related Articles
Market Trends To Love it or List it? Feeling restless in your home? Maybe you don’t have enough bedrooms and living space for your growing family or adequate storage for your things. Or perhaps you’re yearning for a bigger backyard with an outdoor kitchen, an open-plan main floor, or an extra garage.   But in a red-hot real estate market, is it better […]
Financial Everything you ever needed or wanted to know about Home Insurance Home insurance is exactly what it sounds like—a type of insurance for your property and its contents that protects against damage, liability, and loss. While home insurance isn’t mandatory in Canada, buying a home is one of the largest purchases you’ll ever make, so it’s worth your time to invest in protection in the event […]
Financial Canada’s 2021 Mortgage Rates For more than a year, the Bank of Canada has kept its target for the overnight lending rate at its effective lower bound of 0.25% to provide support for the country’s economic recovery during the COVID-19 pandemic.   Now, while the country heads into its second year of the pandemic, it doesn’t look like the […]

Thank you for your inquiry.